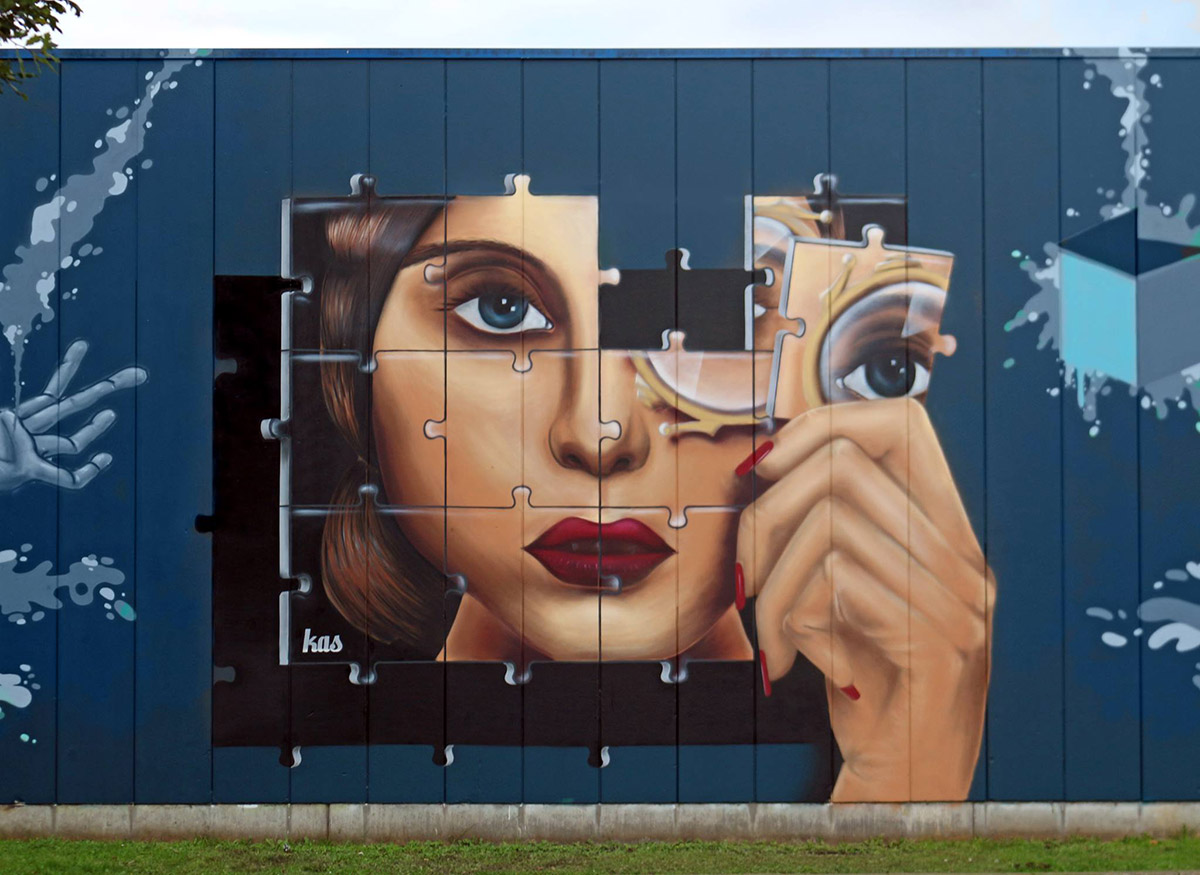 KAS was born and raised in Porto (Portugal) and now lives and works in Brussels (Belgium). His passion of art began at a young age. His father also painter was a major part of his childhood and had big influence on him. The self-made artist has learned informally from some greatest graffiti artists in Portugal. The street artist had the opportunity to make graffiti projects for several national and international companies. He has participated in various street art events in Europe (Italy, Greece, Malta, France, Netherlands etc.) and realised various exhibitions in Portugal. In recent works he uses a mix between realism and puzzle patterns giving an 3D effect. facebook.com/monsieurkas instagram.com/kasartofficial twitter.com/kasartofficial