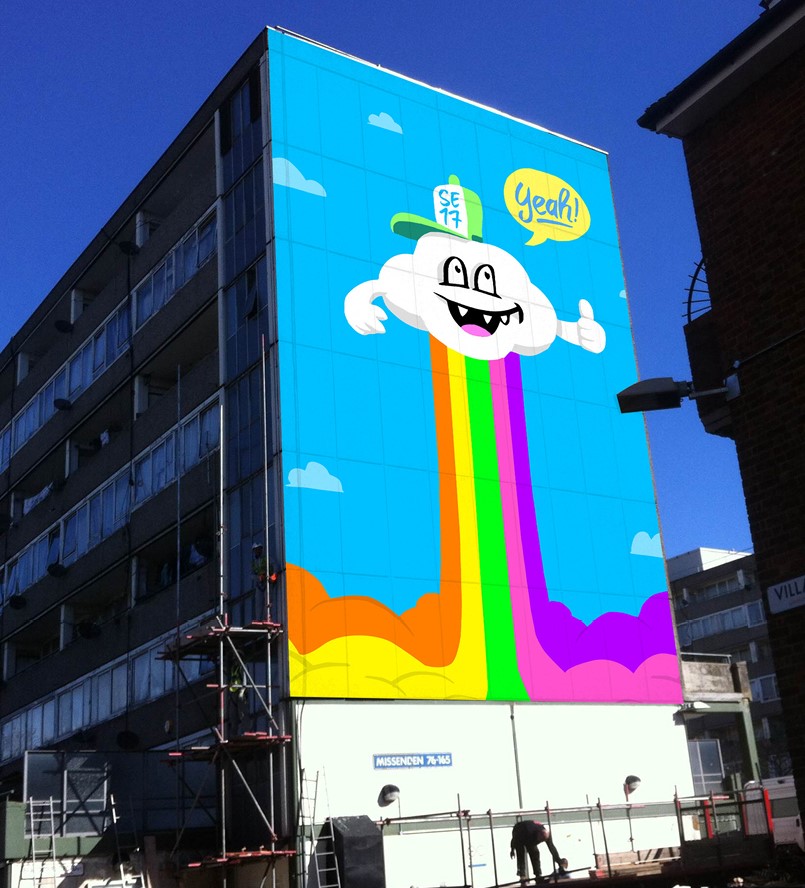 Ronzo a.k.a ëVandal Extraordinaireí is a London based guerilla style artist, as intriguing as the characters he dreams up. Born 1975 in Munich, Germany Ronzo emigrated to London in 2000 shortly after finishing his design studies at the art college of Hamburg. Since his arrival in the UK, he has been busy in his secret underground lair, mapping his imagination onto paper, buildings and creating crazy installations in the street.
Ronzoís diverse range of work includes illustrations, wall paintings, outdoor installations and sculptures.
The subject of his art deals with social and political issues while keeps the viewer entertained in the same time. Heís mainly known for developing a parallel universe of subversive characters. The creatures, he creates are sometimes of funny appearance but full of double meanings and comments on our society.
His diverse artwork and open attitude has gained him respect from mainstream and underground artists alike. He has exhibited alongside heavy hitters such as Banksy, Ben Eine, Shepard Fairey, WK Interact, Adam Neate and many others. Ronzo was also a key player in the first ìFinders Keepersî free urban art exhibition in London, which kick-started the then unknown phenomenon now known as street art in the UK.